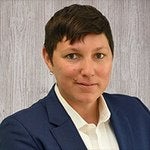 Jennifer Rozen is the President and Owner of Rozen Law Group. She was a named partner at Fishman Rozen prior to launching the firm. Jennifer first earned partnership of Fishman & Mallon, LLP in May 2013.  Her involvement in tenant and consumer law began in October of 2005 when she landed a job as a summer intern at Fishman & Neil. Jennifer has been advocating on behalf of New York City tenants and consumers ever since.

Jennifer Rozen is a reputable consumer and tenant's rights advocate. She has worked on numerous cases under the Fair Credit Reporting Act and the Fair Debt Collection Practices Act.  Jennifer has successfully represented consumers in debt collection and identity theft cases. She has experience fighting for the rights of consumers in state and federal courts as well as administrative agencies.

Jennifer Rozen is also a respected, New York City tenant lawyer who has represented hundreds of residential and commercial tenants in non-payment proceedings, holdovers and rent overcharge cases. Much of her practice focuses on eradicating the Tenant Blacklist and assisting tenants in the removal of their names from the Blacklist in order to secure housing.

Jennifer handles real estate closings on behalf of buyers and negotiates leases for commercial tenants. She has participated in numerous arbitrations and mediations.

In April of 2007, Ms. Rozen was awarded the Daniel Finkelstein Commencement Award for her paper entitled, “BLACKLISTING TENANT BLACKLISTS: A CHARGE FOR NEW YORK LEGISLATURES.”

She also co-authored a pamphlet on tenant blacklisting with the Honorable Gerald Lebovits for the New York State Bar Association.  That pamphlet can be found here: The Use of Tenant Screening Reports and Tenant Blacklisting

Jen, her brother and sister were truly raised by a village. Jen's spirit for protecting families derives from the integral roles that her mother, grandparents and aunt all played in her upbringing. She currently lives in South Slope, Brooklyn with her bold wife, creative college-bound son, spirited 6 year-old, dog Dezi and cat Timone. Before she began her work as a tenant and consumer advocate, Jen worked tirelessly as a civil rights advocate focusing on economic justice and the rights of LGBTQ folks, people of color and differently abled individuals.

Thank you for contacting us. We will get back to you shortly.

Please complete all required fields below.